From SacredWiki
Jump to navigation Jump to search
Book 4 - Lumen, God of Light 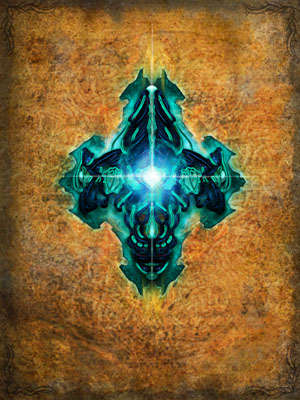 From the Books of Religion
Book 4

Lumen is the God of light. He makes things seen, he heals, he can see the future and he can see the past. Lumen represents the good side, benevolence and care.

Lumen and Ker... the Yin and Yang. The fire and the water. The light and the darkness. Lumen is fighting an eternal battle against his arch-opponent, Ker, Goddess of darkness and evil. A battle, which he both wins and loses every day. It is obvious to both sides that neither of them can win, and that they cannot even exist without the other. But this battle is their destiny, their fate, which they seem to have accepted. The two opposite entities Lumen and Ker play a special role in the Ancarian religion. Being the extreme sides, all other Gods have to take a stand in their battle, or remain neutral, which is just a third position in the divine equilibrium. There are many different theories about the relation between Lumen and Ker or the origin of their antagonism. In some cultures, the two Gods are considered twins, who hate each other, because they can not stand the idea that they are not unique. Consequently, they took the most contrarious positions against each other. In other cultures it is being said that both gods are claiming a deciding role in the creation process of the world. Lumen says, that the essence of the world is actually light and that darkness is just a by product, while Ker claims, that the opposite is true.

Lumen is commonly displayed as a male human. Despite his long, white hair, he has a young face. Another identifying feature is the bright Halo that surrounds him, merging his entire body into a silhouette.

There are temples dedicated to Lumen all over Ancaria. Since the cult of Lumen represents one of the extreme side of the eternal battle of good against evil, he - as well as Ker - are the Gods who can claim to have most followers. Lumen is not only the God of light, he is also the God of healing. Therefore, many of his temples have become some sort of hospitals as well. Sick and injured people often visit his temples, seeking cures and remedies. Priests of Lumen are said to have the ability of channeling the divine powers of Lumen through their hands. In the church of Lumen, the cycle of the day is very important. Sunrise is a very special moment for all his followers, because it represents the arrival of Lumen. On the opposite, every sunset is bemoaned, and in their prayers the believers express their hope and confidence that the night - the reign of Ker - will soon be over.