From SacredWiki
Jump to navigation Jump to search
Book 2 - Testa, God of Science 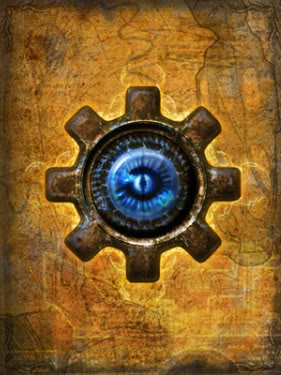 Being the God of science, Testa works hand in hand with Forens, the Goddess of philosophy and wisdom. However, while Forens is focusing on the aspect of "the word", Testa is responsible for technical and mechanical knowledge. From the simplest laws of physics, to complex machinery, Testa is the spirit and the force behind it. Testa always follows a clear path of cause and effect. All events are triggered by other events and can be backtracked. That's the decisive difference from the rather elusive and obscure answers to the questions of philosophy.

The theological descent teaches us that shortly after the creation of the world, Testa himself built a huge machine, which is now known as "the great machine", and animated it. Then, he created replicas of himself to maintain the machine. Replicas, which are in fact partly machines themselves.

Testa is commonly displayed as a dog head made of steel on a mechanical apparatus in the shape of a human body. His ribcage is open and one can see the complex machinery with gears, bolts and pipes inside.

Since every culture has at least some form of Science, Testa can claim temples and followers in virtually all regions of Ancaria. However, it is obvious that his influence is stronger in the more industrialized regions of the world.

Reflecting his focus, the science, many of the followers of Testa are intellectuals, or at least educated people. Many people consider Testa as both, a God, but also an inspiration. They are not just worshipping him, they are trying to emulate his spirit and let themselves be guided by his ideas.

Testa's symbol is the gear wheel, representing one of the heart pieces of mechanical animation. This symbol is displayed in all his temples and memorial shrines and it's considered the perfect shape amongst the believers of Testa.

Testa is closely related to Forens, the Goddess of Philosophy and wisdom. Otherwise he takes a neutral position in the Ancarian pantheon, especially in regards of Ker and Lumen's battle.